EVENTS ON THE FARM

Get ready for another year of memories! This October, we are bringing the annual fun back to Arizona.The Pumpkin & Chili Partyis Arizona’s Premier Family Festival with almost 45 rides and attractions included in your price of admission!

The Pumpkin & Chili Party again will be limited in daily attendance. We are doing this to make your experience better with fewer lines. So purchase your tickets early to ensure your visit! There may be days we will sell out. 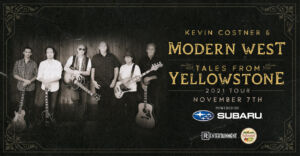 For all you Yellowstone fans wanting to see Kevin Costner live before the upcoming fourth season, now is your chance! Superstar Costner, a two-time Academy Award-winning actor and later musician takes his band on the road, arriving at Schnepf Farms the same day his mega-popular hit television series, Yellowstone, debuts season 4. Yellowstone features the Dutton family with Costner in the starring role as the tough, enduring patriarch, John Dutton, who owns the largest contiguous ranch in the USA.

Kevin Costner & Modern West hit the road on this tour to perform songs written by Costner and his co-writers, with a special focus on performances of the latest album, Tales from Yellowstone. The band has played together since 2007 and this playlist, inspired by the character Costner plays on the show, was originally released in 2020. They’re finally touring with this musical lineup and Queen Creek, Ariz., is on the tour.

Get ready for the Shea Homes® Good Life Festival™ presented by Subaru at Schnepf Farms featuring America on its 50th Anniversary Tour, Don Felder formerly of the Eagles, The Guess Who, and Nate Nathan & The Mac Daddy-O’s, Saturday, November 6th, 2021!

Live music on November 6th begins at 2:45pm; gates open at 2:00pm. Shea Homes® Good Life Festival™ presented by Subaru is a complete entertainment destination experience with renowned national and local acts on an outdoor stage and a variety of prime experiences that celebrate “the Good Life.” In 2021, guests will enjoy a pre-concert wine, craft beer and bourbon tasting presented by Bourbon & Bones, a variety of food and even shopping amidst the farm’s beautiful surroundings. Add great live music under the stars after an afternoon of wine/beer/bourbon tasting with savory bites and you have the makings of a perfect day at the Good Life Festival 2021.

Christmas has come to Schnepf Farms! Experience a winter wonderland like no other with seasonal food, fun and festivities for the whole family. Catch a ride on the Illumination Express, hop on a hayride to visit Rudolph or journey through Santa’s magic workshop. Whatever you choose, it’s all happening right here at Schnepf Farms!